Here's a bunch of stuff that I worked on.

Have a random thing I made using Photoshop 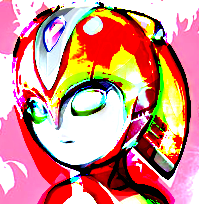